“Just got GORGEOUS flowers (again) from my AWESOME HUSBAND!!!! Thanks Babe! You’re just so AWESOME, and did I say, AWESOME?!?! And I love you SOOOOOO much!!!  XOXO THREE WONDERFUL YEARS AND COUNTING!! XOXOXOXOXO!!!” – the facebook post I’ll never write 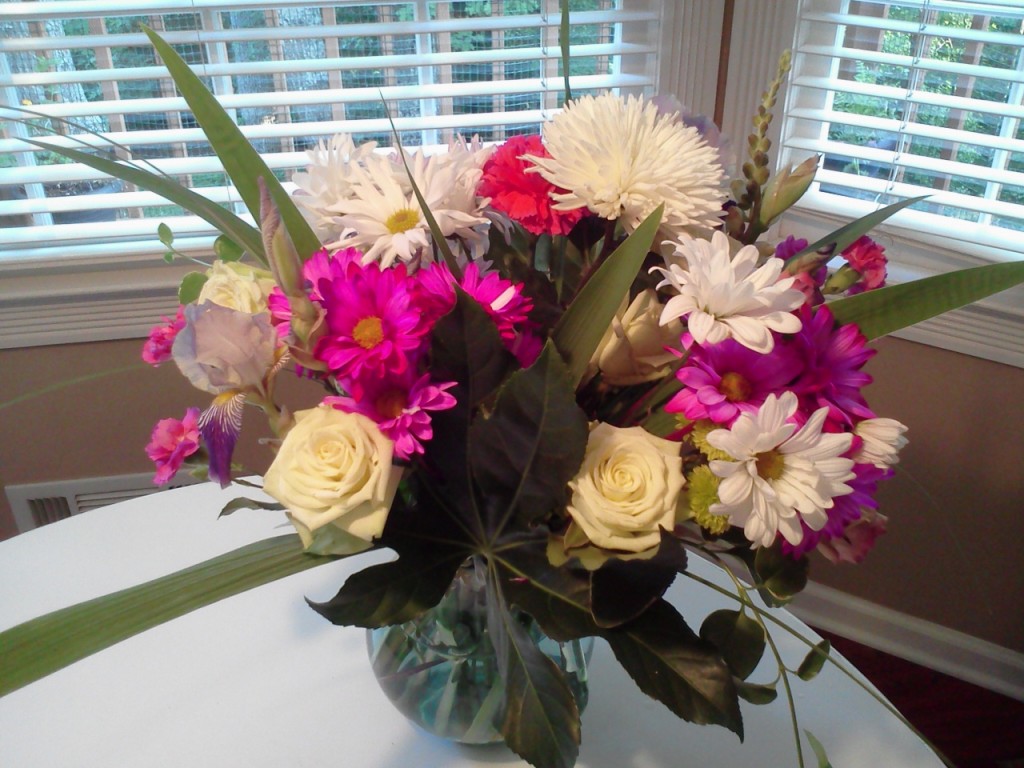 Now before you groan at the sappiness of it all…remember I was single until my mid-thirties (ahem) and have only been a mom for the last two of these most motherly of holidays, which means I’ve spent many a Mother’s Day feeling under recognized.

And when you’re both just a couple of well-meaning tight wads that spent the honeymoon trying to impress each other with statements like, “Oh, please!  Buy me flowers?  As if!”  Well, lets just say it can make for less-than-romantic celebrations. . . if flowers, chocolates, stuffed bears, and that kind of thing really do it for ya.

While I could care less about having that stuff (and would never stomach the thought of paying full price for it), I did start to feel like the only woman online who didn’t also have bragging rights for the token holiday gift.

And I’d never post about the thoughtful, well-researched, bought months in advance gifts my husband gets me for Christmas and birthdays because very few people want to read about my mace pepper spray.

So I may have gotten flowers because of   er, uhm, possibly openly bemoaning my earlier honeymoon statements.

And these are not exactly the flowers I got…I may have “stretched” the bouquet, and made a couple more, with several perfectly good bouquets sticking out of a (shhh…) dumpster!

So things have been looking pretty extravagant around here!

And I wanted to let my husband know, after a long hard week at work, that while I really appreciate the flowers I’m still his thrifty woman and his fresh Mother’s Day bouquet (with “brag about me” written all over it) has not tainted me forever!

So I ran up to the store about an hour ago for an edible arrangement for him:

Sure, I went along with a honeymoon pact not to brag on each other online but I’m not breaking that because nobody mentioned bragging about ourselves. . . right?

And, man, he’s sure does have an awesome wife!